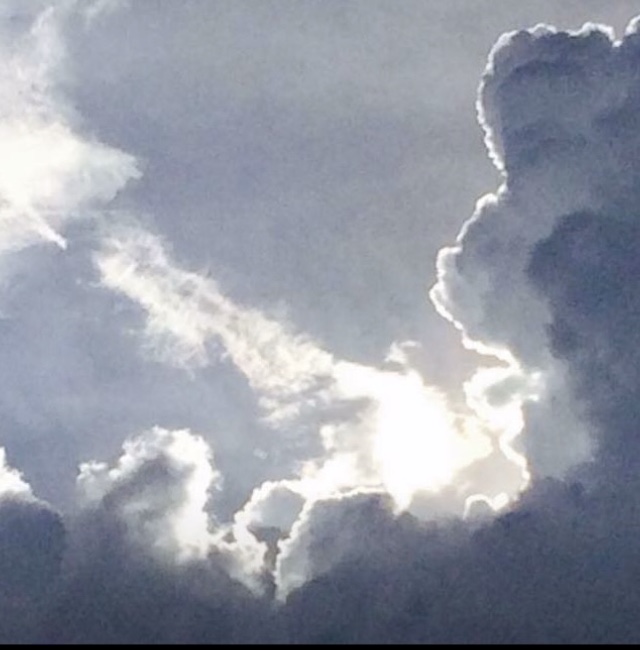 I have shared this so many times over the years.  The first end-time dream, as I call it, was when I was in my twenties. It was actually more than one dream back-to-back but they go together. After that I didn’t have one for about thirty years. I didn’t know much about Sunday School lessons growing up and I couldn’t pay attention in our little country church for smelling the fried chicken in the kitchen behind the pulpit.  This dream tells a miraculous story of God’s protection and provision.
At the time of this dream, I didn’t fully understand some of it, but as time passed by I learned. It is posted on this site a couple times.  It tells of how, in the dream, I was in town with other people at night. I looked up at a huge tree and through its bare limbs I could see where a face had formed as I looked at the moon through the limbs. The face had a bald head. I started calling attention to it to first one person and then the other. No one seemed interested and no one could see what I was talking about at all. I knew it was the antichrist.
There were men that were very angry at what I was doing. I don’t know who these men were but they began coming after me. They chased me so hard I ran down a narrow dirt road and wound up crossing over a fence and going into a pasture. One drove an old blue pickup truck and rammed through the fence and never slowed down. I finally made it to a small white church where I walked through the door to find people sitting on backless benches. They were mesmerized with their faces positioned straight ahead and their eyes wide open but not seeing. I was yelling so loud but they couldn’t see me or hear me.  They didn’t even acknowledge that I was there.
I suddenly found myself with a group of women and children. None of us knew each other. No child knew any adult and no adult knew any child. We were in a metal-type building like you see the gyms at the churches now. There were troops outside that wore uniforms and spoke a different language. I don’t believe I had a good image of the uniform or language.  We had two at our building. As the weather began to turn cold, I and other women began to gather sticks outside to place on the floor inside and start a fire to warm the children. We picked up small sticks at the edge of the trees.  The troops became so angry they slapped the sticks from our arms and yelled something in their language.
As the other women and I stood just outside the building, the Lord spoke to an older woman that was with us. I don’t know who the woman was, but I remember telling the other ladies that she said God told us to bring down the snow from the mountain. We didn’t question this at all. We brought down the snow from the mountain and we covered the floor of this metal building inside with it. As we finished covering the floor, we could feel that the snow had turned warm on the underside. As the troops continued to laugh at us for our crazy work we were doing, we placed the children and babies under this snow as a blanket of protection from the cold. The babies and children didn’t even get wet from it.  The Lord had truly prepared a table for us before our enemies.  He provided what we needed in a way that our enemy was totally blind to it.  I never remember feeling hungry in the dream either.
In the next scene, I was running from gunfire. I ran through the parking lot and was able to grab hold of a door knob on a vehicle and hang on with my feet suspended. The gunfire was all around, even coming under the vehicles. Suddenly, the sky lit up so bright in color that I looked up and saw Jesus coming down. I ran so fast and so hard toward Him yelling ‘Thank God!  Thank God!  Thank God!’. As His face turned toward mine, a feeling of love that I had never known came toward me from Him. It was an unconditional love so overwhelming that it took my breath away and woke me up in shivers and tears.
Over the years, I have found so many verses for so many scenes in this dream. They are posted throughout the site.  Sometimes I will read a verse and know it goes with it. The most amazing connection was just a few months ago when I read a verse in Job that spoke of the treasures of the snow.
Job 38:22-23
Hast thou entered into the treasures of the snow? Or hast thou seen the treasures of the hail. Which I have reserved against the time of trouble, against the day of battle and war?
I found a site called idahobaptist.com that speaks of these treasures where the author says the snow he was shoveling hit him in the face and prompted him to research the snow verses in the bible. Proverbs 25:13 – As the cold of snow in the time of harvest, so is a faithful messenger to them that send him: for he refresheth the soul of his masters.
Sometimes someone can point out something we missed. The author said that with the verses of snow in the old and the new testaments, the new shows the Lord’s glory. Hast thou entered into the treasures of the snow? The treasure isn’t the diamond, but where the diamond is kept.

I recently heard a woman speak of her miracle in the holocaust.  She was very young as she followed her family.  The troops were marching them to the concentration camp.  Her mother quickly picked her up as they walked near a neighbor’s fence and threw her over to the other side.  The guard that saw this turned his head as if it didn’t happen.  She slept in a barn that night and was able to get to an orphanage.  She had a lot to overcome being there but she was alive.  Her family gathered around her in her old age after her husband passed and asked was she lonely.  She said no, Jesus fills every inch of this apartment.

Trust in the promises that Jesus has given us in the scriptures.  If you don’t have a bible, you can search ‘promises of Jesus verses’.  Go to the secret garden.  He’s already there.  God bless you and may He give you His peace.

Photo:  I took this photo one day.  If you look closely, you can see Jesus and lightning coming from His hands.  There is also a candlestick and others standing around Him.

I share dreams and visions over the years on this site. I enjoy giving encouragement and devotions. Thank you for visiting. Donna Sikes View all posts by aswingandaprayer.com