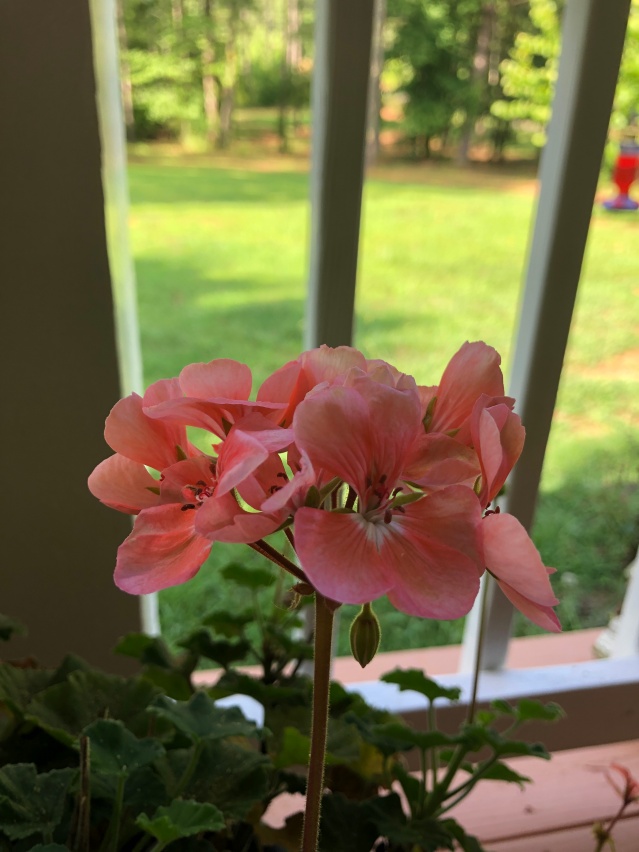 This morning as I sat in the prayer swing listening to the gentle rain drip off the eaves of the porch, I was prompted to find a lesson on you tube. I went to Joanie Stahl and scrolled to the bottom as if I knew what I was looking for. I had finished devotions and prayer but I didn’t want to leave this place. I mean that more spiritually than physically.

I clicked on the four-part lesson entitled ‘The Lonely Walk of the Saint’. As I listened, it took me back to September, 2015. I knew at that time that I was being called into the prayer closet. Something would wake me every night to get alone and pray. The way I’ve always told it is that the Holy Spirit came down and we had prayer meeting. So many things were placed upon my heart to repent of and through remorseful flowing tears, I did. And instead of wanting to avoid this time every night, I welcomed it. I didn’t want to take anything for allergies or anything that would make me feel sleepy because I didn’t want to miss that time with the Lord. An aspirin makes me sleepy. Even now, I have a slot of time during most nights that I wake and leave the comfort of my bed and I go commune with God. It may be a conversation through tears and it may be a silence of just knowing He is there. I came to realize the Bible is alive. Words will jump out at me when reading and speak to my heart.

One time in particular, I awoke to a vision. A scar-faced warrior was readying his bow. I was looking outside what appeared to be a watch tower where you see those small square windows. When this warrior went away, I saw Jesus. He stood outside this window with his arm outstretched to me. I knew He was saying to come out of her. Later in the day, I saw a short clip of a movie as I was flipping channels. This movie was called Exodus: gods and kings. I saw Ramses speaking to Moses, and Ramses had that same scarred face that I had seen in the vision. I then saw Moses tell the people to put the blood over their doors. I began seeing the verse to go inside and shut thy door for a little while until this indignation passed.

I began seeing and hearing from the Lord almost daily through dreams, visions, and words. I had some of that rarely in my life, but not like this. I had asked one day what Spirit is this, and as I prepared dinner I heard behind me, “Benevolent”. I swung around and said what? I heard “Benevolent Spirit”. I had to look it up.

He was showing me that we are now here. All the warnings in the bible of the end times, we are here. He also showed me in the warnings that He is our comfort and under His wing we rest. Our faith has to kick in now. He is our rest. He has shown me His protection in the storms.

I take Him with me in everything I do since that time. He is such a part of me that I am always speaking to Him or listening for His voice. I wake awaiting to be led by the Holy Spirit. I know He will speak if there is anything to be said and He will let me know when to pull back and remain silent. I have learned the hard way. I have learned the trouble I can create if I don’t listen to this. I have learned a lot of my lessons the hard way. I was a hard-headed person, but I allowed Him to crack this nut because I wanted to walk with Him.

I have learned that when something is placed on my heart to do, it is the Holy Spirit doing that. I may never know why He wants it done and that is okay. I did find out much later why something was placed on my heart one time. I fully believe He showed me why so that I would remember that prompting I had to do something and that I was carrying out His answer to someone else’s prayer. I had given a person a gift certificate to thank him for something he had been doing to help my family. The gift certificate was to a grocery store. I thought maybe I need to give a card that could be used anywhere but that grocery store card kept standing out to me. I went through with that prompting. This person told a family member not long ago that he had been praying and crying out to the Lord the night before because he had no food. I had no idea.

So many times when you feel led to do something, please consider that God could be using you to answer a prayer. He could be using you to put food on a person’s table when they had none. Not that you are so good to do that, but that you answered God’s prompting to do that. It is Him alone that is so good. You allowed yourself to be used by Him and you don’t expect to ever know the reason why because that does not matter. If you asked Him, He may tell you, ‘what is that to you’? Not to be rude, but it really is none of our business.

The only reason I found out why months later is so I would know to always follow that prompting. Don’t ever feel unsure about yeah I may do that sometime or no I don’t know them that well. This person told someone that story through tears because for him that was such a special thing that God would even consider answering his prayer. When I had given the gift certificate, he just said okay and walked away. I thought, ‘well he wasn’t very appreciative’. That was my flesh. I had no idea he was so on the verge of tears and so shocked that God would even consider him that he had to walk away.

It is all about our faith in trusting God’s plan in these last days. We cannot fear His warnings and say we have faith. And if there is fear in the land, then know that God is at work to send them to their knees to look up. We carry out what He needs for us to do with the calm of the indwelling of the Holy Spirit.

Picture taken by me.