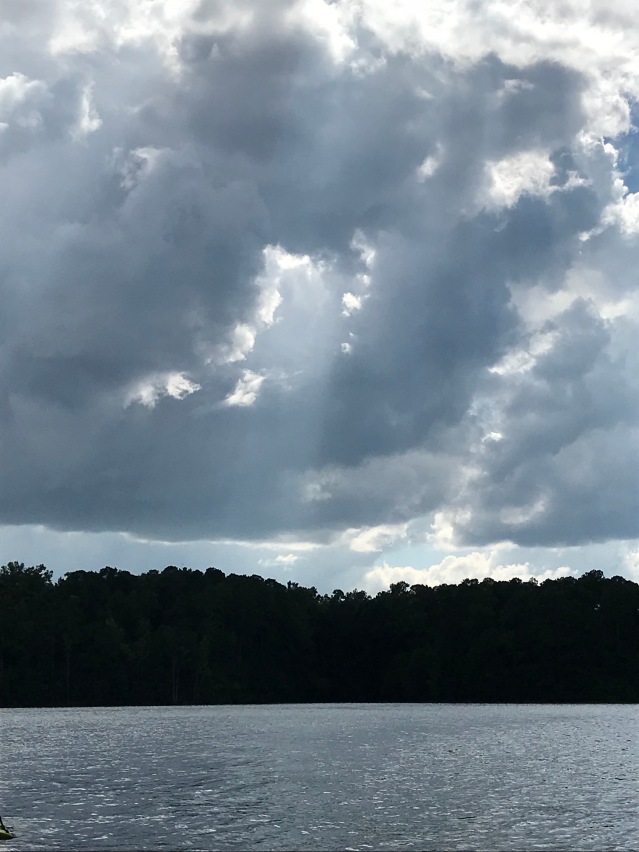 This dream has been on my mind very heavily for a few days so I’m reposting.  God bless!

I had a dream after I went back to sleep at 4am this morning.
I heard alarms. They weren’t like the alarms we usually hear. I heard the storm coming outside, and I could hear it was tearing everything up.
I couldn’t see outside because the blinds were closed. The storm was so strong that it sucked everything out of the air. I wanted to look out and I was headed toward the window by my bed, but then was stopped, pulled back, and held down on the bed. I was sitting with my torso held chest down and my head down and turned to the side. I kept trying to get up to get everybody to safety. No matter how hard I tried or what I said, I couldn’t move. I finally stopped trying, and I knew to be quiet and still. It kept being brought to my attention that our youngest grandchild that we are raising was in the bed next to me. He was sound asleep, so I could only be still and hear the noise as I tried to figure out just how it must look outside and hoping it didn’t come in.
At first, I thought it was the storm holding me down. It was so powerful and so strong that I thought the evil in it had contained me. I woke so distressed and thinking ‘oh no, I wasn’t ready and I couldn’t help anybody’. Later in the morning that scene came back to me and a peace came over me and I knew it wasn’t the storm holding me down, it was God protecting me. He let me know the youngest grandchild was safe. If the youngest was safe, then the others in the house were safe. I believe this represented all God’s children that love Him so much being under His protection. He held me quiet and still. He wouldn’t even let me look out. Quiet was emphasized. He will be with us in the storm.

Isaiah 26:20 KJV
Come, my people, enter thou into thy chambers, and shut thy doors about thee: hide thyself as it were for a little moment, until the indignation be overpast. (end of scripture)
I had ‘felt’ it was the enemy holding me down. We have to not go by our feelings during this time, but by what we ‘know’.

Afterwards things had changed. Adults weren’t friendly toward me and they said things behind my back. Things felt different when I went around people standing together and talking. I could see a text one sent to another about me.
I saw a person that didn’t believe in the Bible. She was excited about a battery operated light some were buying. It was a huge box shaped battery with an old fashioned light bulb on the bottom. The box would stick to the ceiling. I believe this represented a false light. People that don’t believe in the Bible will only be focused on the earthly light and the false light offered to them. They won’t realize there is a Light to protect us.
I turned on the radio after dropping the grandchildren off to school and heard an old country preacher say ‘gather the saints’. There was a song afterwards that said ‘not by my power’ and ‘count the world as loss’. I had never heard it before. After these dreams and visions, the Lord always points the way to answers.
Zechariah 4:6 was on my phone in the search engine when I tried to find a song with those words.
Then he answered and spake unto me, saying, this is the word of the Lord unto Zerubbabel, saying, not by might, nor by power, but by my spirit, saith the Lord of hosts.
We have no power over this storm, but we serve a mighty God that does.
I read where trying to act without God stems from the root of pride. I’m thankful when He crushes my pride. I fought pretty hard to handle things myself in that storm before I knew to stop.
I’m thankful for Psalm 91 today. We are no match for what the Bible tells us is coming but it lets us know our God is. Our Lord and Savior, Jesus Christ, will never leave us nor forsake us.