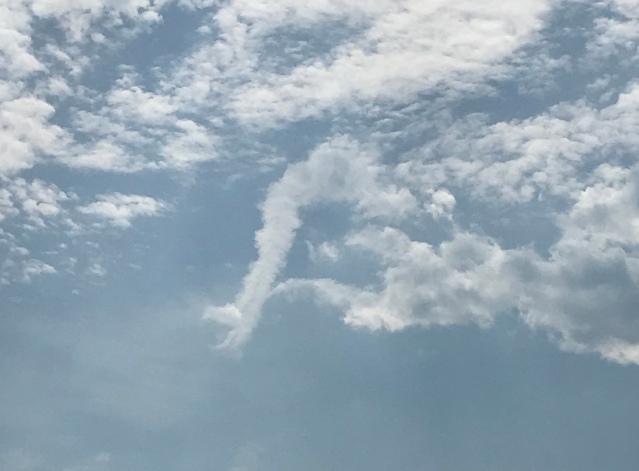 A few months after I was called into the prayer closet and began hearing from the Lord in ways I wasn’t accustomed, He spoke to me.  It was on April 2, 2016.  I was looking for Galatians in the bible.  I never had gone into Galatians much so I didn’t automatically know where it was.  I heard behind my right ear, ‘it’s that book before Ephesians, the one you found out was on page 236’.  It was like a thought but words and I heard it instead of thinking it.  It’s hard to explain.

I was still new to this and so afraid I would mislead someone that I actually began to scold myself for putting that into my head.  I went on to the table of contents.  Galatians was where I was told.  I had always had so much in Ephesians from devotions that I had memorized the page of it in the new testament of my bible and Galatians was before it.

I felt like a doubting Thomas, but I knew God the Father, God the Son, and God the Holy Spirit was with me.  I was being taught to recognize His voice and it was not to make me feel bad but to learn the voice and words He will use.  I have learned it is not just the voice but the words said.  Accusing and bashing words, I know are not from God.  God’s words are so light to the spirit and so comforting and helpful.  Just as He told me once that the spirit I hear is benevolent.  The definition of that is how the words from the Holy Spirit are.

Another example is in the first end-time dream I ever had in my youth.  God spoke to an older woman with us younger women/mothers and said for us to bring the snow down from the mountain to put on the floor so we could cover the babies and children.  When we did, the snow turned warm underneath.  In my older years I can’t help but wonder if that older woman was me.  God had prepared a table before us in the presence of our enemies since the enemy outside refused us picking up sticks to start a fire.  These things are good to know for on down the road.  He really will guide us and He really will prepare a table for us to meet our needs so the enemy doesn’t even see it.

In January of 2018 I found this verse.  (Isaiah 30:21 KJV – And thine ears shall hear a word behind thee, saying, this is the way, walk ye in it, when ye turn to the right hand, and when ye turn to the left.)  He tells us in this verse we will hear His voice and we need to follow His instructions.

An example of a voice that is not from the Father is one morning I was trying to wake up but I couldn’t get all my faculties about me.  The voice said, ‘you have done everything so wrong and made such a mess of things that God doesn’t even want you anymore.  He gave you to me.  From now on when you hear from anybody, you will hear from me.’  I began to cry and say ‘oh God, please still want me’.  Let me tell you, that voice from the Father, nobody will ever have to tell you if that was Him or not.  You will KNOW!  It sounded like a voice belting out from behind a waterfall as he yelled, ‘GRACE’!

There was nothing smooth about that voice.  I get chills writing about it.  It was an ancient voice full of wisdom pulling me out of defeat and standing me to my feet.  ‘WOW’!  I had a spring in my step and my spirit has NEVER been so light!  I went through that morning and you would have thought I was twenty years old again.

I am always learning, even today, and I know that one day with Him I will no longer see through a glass darkly.  1 Corinthians 13:12.